Home » I am a Woman and I Took Viagra! 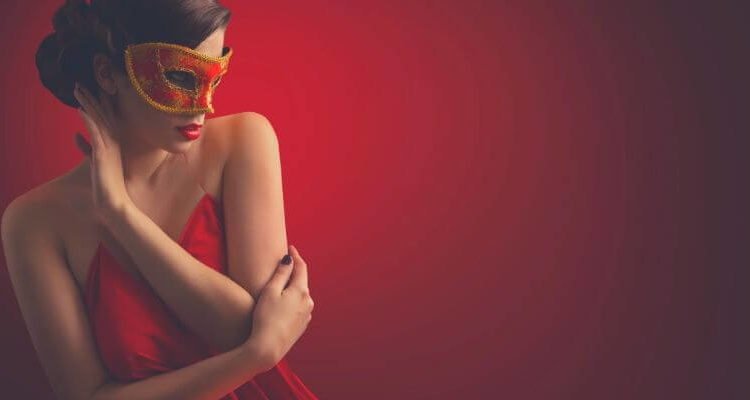 The number of I am a woman, and I took Viagra stories seem to be rising. These stories are, however, are anecdotal. If you are looking to determine the efficacy of Viagra in treating sexual issues among women, it’s essential to take a look at the existing scientific evidence, FDA approval status, and the drug’s mechanism of action.

Research is continuing, and new drugs are being developed, as a large part of the female population is affected by sexual issues. Approximately 40% to 45% of women today suffer from sexual dysfunction of some sort (1). Such a condition has a significant impact on a person’s quality of life and overall health (2).

The word Viagra is the brand name for sildenafil citrate. The drug is used for erectile dysfunction and pulmonary arterial hypertension treatment and was brought to the market by Pfizer, a pharmaceutical company in the US.

In the US, the FDA has not approved Viagra for women to use. Nonetheless, it can be prescribed off label for those who are experiencing symptoms of sexual dysfunction.

Off label, prescription refers to the practice in which doctors prescribe a drug that has yet to be approved for a purpose that is entirely different from the purpose for which it was originally approved.

Viagra, in this case, has been approved by the FDA as a treatment for hypertension and erectile dysfunction in men. Off label, a prescription is acceptable when doctors deem a drug to be beneficial for the client’s health.

Some women take Viagra as a treatment for sexual dysfunction. The symptoms of this condition include:

More and more women are considering this option because a decrease in overall sex drive typically comes with aging (3).

Viagra as Treatment for Other Diseases

Sildenafil is effective in treating specific conditions such as diabetes mellitus and after radical prostatectomy, an operation for removing the prostate and its surrounding tissues (4).

New data suggests that sildenafil has positive effects on chronic conditions, including idiopathic pulmonary hypertension, which is a type of high blood pressure affecting the arteries of the lungs and the right side of the heart, erectile dysfunction, and lower urinary tract symptoms (5).

Numerous medical articles reported that the drug could also improve endothelial function, which refers to the cells located at the interior of blood vessels and lymphatic vessels (6).

Sildenafil is a phosphodiesterase type 5 (PDE5) inhibitor. Having the same function as other PDE5 inhibitors like vardenafil and tadalafil, sildenafil enhances guanosine monophosphate production.

Guanosine monophosphate (GMP) is a compound that regulates multiple tissue and cellular responses.

The effects of guanosine monophosphate in both men and women are that it relaxes smooth muscles cells, promotes vasodilation and increases the flow of blood to the genital organs

In women, particularly, the visible effects guanosine monophosphate are engorgement of clitoris and labia during sexual arousal.

Based on emerging data, sildenafil and other PDE5 inhibitors are expressed in vaginal and labial smooth muscles (7).

In one study regarding Viagra use in women, improvement of lubrication, arousal sensation, and orgasm were reported among women with FSAD (female sexual arousal disorder) only.

However, improvements were not observed among women with other sexual disorders such as dyspareunia (painful sexual intercourse stemming from medical or psychological causes) due to vaginal dryness or hypoactive sexual disorder. There was no improvement in desire, pain, or enjoyment (8).

In another study, Italian researchers conducted a randomized, double-blind study among 51 young women aged 22 – 38. The women reported sufficient sexual desire but decreased arousal and were recruited from a sexual dysfunction clinic.

Sexual issues noted in this research include a lack of clitoral and vaginal sensation and insufficient vaginal lubrication. The women received 50-mg sildenafil in 4 weeks with a 1-week washout between treatments.

Significantly higher scores compared with placebo were noted in the following areas:

In this study, six women using placebo discontinued treatment due to fear of potential problems and reported headache and vision problems. These effects were not clearly observed among sildenafil subjects (9).

I am a Woman, and I Took Viagra: Side Effects

Sildenafil use in females may lead to the following side effects:

Sildenafil is strictly contraindicated in people using oral or transdermal nitrates. These drugs have a hypotensive effect, which sildenafil can dangerously potentiate.

Viagra typically starts to work 30 to 60 minutes after administration. Depending on the system response of the individual, it may take up to two hours to work.

Depending on the dosage and one’s metabolism, Viagra can last up to 5 hours. On average, it lasts for two to three hours before its effects begin to diminish.

No study has established that it can help make an individual last longer in bed.

An Alternative to Viagra

Viagra (sildenafil) has not been approved by the FDA for use for women; there is another drug that has received FDA approval: Flibanserin (Addyi).

Specifically, the agency recommends Flibanserin among premenopausal women with female sexual interest/arousal disorder (FSIAD), also known as hypoactive sexual desire disorder (HSDD.) The drug is available only through physicians and pharmacies approved by the agency.

Preliminary studies conducted on the drug only found that it can raise dopamine and norepinephrine levels, albeit it has an antagonist effect on serotonin (9, 10).

Using Flibanserin in place of Viagra, make sure you heed these warnings:

“I am a woman, and I took Viagra” discussions might be proliferating, but it pays to be careful when reading anecdotal evidence. Talk to a medical professional when considering taking medication such as Viagra, and feel free to ask them any questions related to your care.