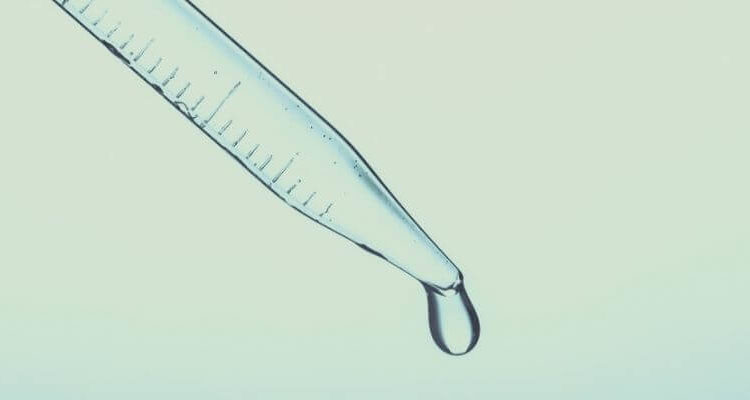 Tadalafil is a PDE-5 inhibitor that’s widely prescribed for the treatment of ED (Erectile Dysfunction) in men. Many prefer it over other PDE-5 inhibitors because of its long-lasting effects (1). It was also found in studies that Tadalafil is better tolerated by older men and by those who have other medical conditions (2).

And now that Tadalafil is available in various forms, many are wondering whether it’s better to take Tadalafil liquid than Tadalafil tablets.

The information below will help you learn about this trending new liquid formulation of Tadalafil, and why it may be a better choice compared to Tadalafil tablets.

What Is Tadalafil Liquid?

Commonly referred to as Liquid Cialis, Tadalafil liquid is a relatively new formulation of the Tadalafil ED medication. It was designed to make the intake of the medicine easier for some men.

Currently, it comes in suspension and jelly form. Tadalafil suspension is basically powdered Tadalafil (main active ingredient) mixed in a carrier liquid (usually water), which may contain flavorings to mask the taste.

Tadalafil jelly, on the other hand, is made with gelatin infused with Tadalafil. It is generally called Cialis gel. The gelatin may also be flavored to make it better-tasting.

Both suspension and jelly forms are taken by mouth, but the mode of intake may vary. The suspension is usually drunk directly from a cup or spoon. The jelly is generally broken down or dissolved in the mouth first before swallowing the liquid.

What Is the Difference between Tadalafil Liquid and Tadalafil Tablets?

There is no significant distinction between Tadalafil liquid and Tadalafil tablets in terms of efficacy. The level of tolerability and safety of the Tadalafil in them are also fairly equal.

Both forms are also taken orally, or by mouth. They’re both classified as oral Tadalafil that is dispensed and administered according to the same dosage range.

The obvious difference between the two is their physical form. Liquid Tadalafil is, well, in liquid form, and the tablet ones are in solid pill form.

This difference may not bear much significance in the medical view, but it can make an impact on the end-users. Both forms can pose certain advantages and disadvantages to those who take them.

Liquid Tadalafil, for example, is easier to take because the end-users only need to drink them. However, the correct dosage also relies on users. If you measure too much or too little of it in the medicine cup, it may affect the medicine’s level of efficacy.

Tadalafil tablet, on the other hand, are harder to take because it needs to be swallowed whole. If you’re not careful or not used to taking medicine in pill form, you might choke on it. But the good thing about the tablet form is that the medicine’s dose is already fixed for you. Each tablet delivers the same amount of Tadalafil so it can guarantee the same level of efficacy better than the liquid.

However, unlike Tadalafil suspension, Tadalafil jelly may provide the same advantages as the tablet form. Cialis gel, for example, comes in packets of jelly with fixed dosages. The user can both drink the medicine easily and won’t even have to use a cup or spoon to measure each dose.

What Are the Benefits of Tadalafil Liquid Over Tadalafil Tablet?

The liquid and tablet forms of Tadalafil provide the same effects. However, Tadalafil liquid may provide some benefits that you may not get from Tadalafil tablets, namely:

This is an obvious and straightforward benefit, but it can mean a lot for some people. Tadalafil liquid, and other medicine in liquid form, is highly recommended for those who have swallowing problems. Those who have undergone mouth or throat surgeries will also not be able to take hard pills for a long time, so liquid Tadalafil is the best option for them as well.

Tadalafil is famous for its fast-acting effects, but between the liquid and tablet forms, Tadalafil is the faster-acting. This is because liquid Tadalafil is already dissolved and is readily absorbed in the stomach.

When you take tablets, it’s recommended that you take it with water to help mobilize the pill through the digestive tract. But when you take Tadalafil liquid, you won’t need water because the medicine is already contained in a carrier liquid.

These are the main reasons why liquid Tadalafil can be a better option for many men. Tadalafil jelly, in particular, is perhaps the handiest form because you can carry the packets with you anywhere, and you can drink it without water anytime you need it.

How Long Does the Effect of Tadalafil Liquid Last?

Compared to other PDE-5 inhibitors prescribed for ED, Tadalafil is found to have a longer half-life (3). This means that Tadalafil stays active inside the body for a more extended period.

On average, Tadalafil’s half-life is observed to last for about 15 to 20 hours. At maximum, it can stay active for over 30 hours.

However, it’s important to note the efficacy of Tadalafil liquid can be affected by certain factors such as:

Both Tadalafil liquid and tablets provide this level of efficacy. Both are also affected by the same factors.

What Is the Safe Dosage for Tadalafil Liquid?

Tadalafil liquid is dispensed and administered at the same dosage as the tablets. It can also be taken either on a daily or as-needed basis.

For those who will take Tadalafil on an as-needed basis, the recommended starting dosage is 10 mg (4). It can be increased to 20 mg if the effects are not enough to achieve satisfactory effects.

For those who will take the medicine daily, the recommended starting dosage is 2.5 mg. The maximum daily dose for Tadalafil is 5 mg.

However, you must always consult with a doctor before deciding to take Tadalafil or increase its dosage. Some people, particularly older men and those with pre-existing medical conditions, may be restricted from taking high doses of ED medication.

Is It Safe to Take Tadalafil Liquid Daily on a Long-Term Basis?

Tadalafil was the first PDE-5 inhibitor that was prescribed for daily-dosing. Studies show that compared to other PDE-5 inhibitors, Tadalafil causes minimal side effects (5).

It was also found that Tadalafil had the least impact on other body functions and processes (6). That’s why Tadaafil liquid is one of the safest ED medications available that can be taken daily for an extended period.

Tadalafil liquid is not a significantly better form of Tadalafil medication. However, in some cases, men find liquid Tadalafil to be more beneficial than tablets.