Home » Sublingual Sildenafil: What You Need to Know 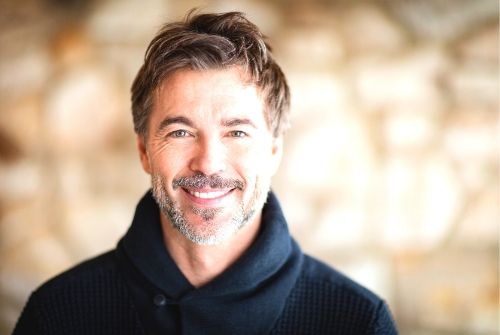 Do you want sildenafil to take effect faster? If you have erectile dysfunction (ED) and the drug you are taking feels like forever to kick in, your doctor may prescribe sublingual sildenafil.

But what exactly is it, and how long does it take for sildenafil to take effect when taken sublingually? Find out below.

What Is Sublingual Sildenafil?

Sublingual sildenafil is a newer form of the drug that is not taken orally. Instead, it is placed under the tongue to dissolve into the blood through the tissues there.

Your doctor may prescribe sublingual drugs due to the following reasons:

Does Sildenafil Work Faster Under Tongue?

The area under the tongue is composed of many capillaries or tiny blood vessels. These capillaries directly absorb the drug into your bloodstream without going through your digestive system. Because the drug is absorbed quickly, it takes less time for it to work.

One study found out that the sublingual use of sildenafil has a faster onset of action with less dose.

Results showed that 65% of patients who received the sublingual drug achieved satisfying erections. Meanwhile, 15% of the placebo group had satisfactory results.

How Long Does It Take for Sublingual Sildenafil to Work?

The same study found out that sublingual sildenafil took an average of 15.5 minutes to work upon administration. The effect lasted for 40 minutes.

For most patients, sildenafil starts working within 30 minutes after dosing. The effect lasts at least four hours, depending on the sildenafil dosage (2).

Sublingual administration is considered to be a promising alternative to orally-ingested medication (3).

The sublingual route offers some advantages as it is not affected by food ingestion. This means you may take lower doses and still get the same results.

Drugs absorbed under the tongue can also be easier to take, especially if you are having problems swallowing medication.

It may also be more cost-effective when you buy sublingual sildenafil.

On the other hand, sublingual drugs like sildenafil also have some drawbacks.

Your lifestyle can affect how the drug is absorbed. Eating, drinking, and smoking habits may impact how the medication works.

The drug may also irritate open sores if you have one.

Among sublingual sildenafil side effects observed in the previous study include:

If sildenafil is taking too long to work, you may try sublingual use of the drug. It works faster when placed under the tongue than swallowing.

While sublingual drugs have some disadvantages and side effects, it is generally safe and effective treatment for erectile dysfunction.

For best results, consult your doctor before using sublingual sildenafil.