Home » The Truth Behind Snorting Viagra 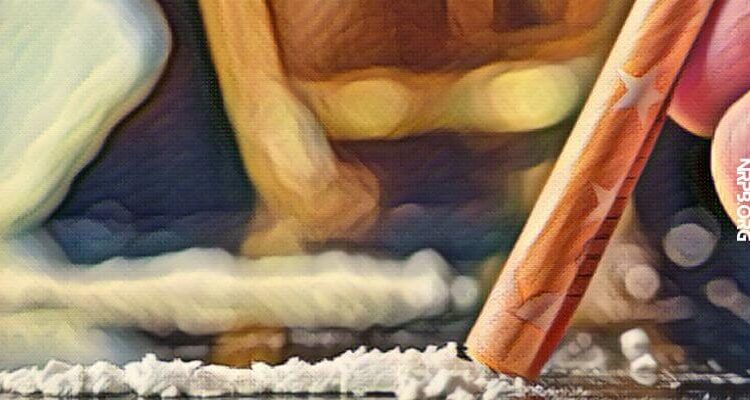 Viagra is a drug commonly used by people with erectile dysfunction. Also known as sildenafil citrate, Viagra has been proven to be an effective drug to treat impotence, provided that it is appropriately administered. Viagra should not be treated as a “wonder pill” for all kinds of impotence (1), nor should it be used as a recreational drug.

But many people have been misusing Viagra. Whether they snorted Viagra intentionally or by accident, doing so could result in serious health risks. Thus, it is crucial to know what emergency steps could be taken if this happens to you or the reasons why you should not even try it.

What Does Viagra Do?

Viagra is an inhibitor of Phosphodiesterase 5 (PDE 5), mainly to treat hypertension and erectile dysfunction (ED) (2).

It has been found that the blood vessels in the penis share the same type of cells as the lungs’ blood vessels. Since 1998, Viagra has been prescribed by physicians to treat ED.

This drug is typically administered as a tablet, with the recommended dosage of 50mg (3). Viagra can be taken orally daily before sexual intercourse and is quickly absorbed by the body when paired with a light and healthy meal.

The efficacy of Sildenafil is undisputed. In a study conducted among patients and their partners, sildenafil was found to significantly increase their sexual satisfaction (4) compared to the experience of those who received a placebo. Any adverse reactions or side effects were mild and tolerable.

Can Viagra Be Used Recreationally?

Men and women alike are advised not to use Viagra as a recreational drug (i.e., users breathe in sildenafil) even if they do not have ED.

A stern warning from the Food and Drug Administration (FDA) links snorting and using Viagra recreationally to sudden heart failure. Anyone who does not have ED was advised to avoid Sildenafil, more so if no major incident warrants its intake.

However, a study in England showed that Viagra was used recreationally by healthy men and women (5).

In 1998, a survey among 2056 customers in over three bars in England revealed that sildenafil was being used as a recreational drug by 15 respondents. Specifically, Viagra was used the same way ecstasy, cocaine, cannabis, and LSD were consumed: by snorting.

Healthy users of Viagra reported all positive effects of snorting sildenafil: feelings of “warmth,” enhanced sexual performance, and prolonged satisfaction in bed. However, the risks of taking it recreationally, and combining it with other drugs, can be fatal.

Interestingly enough, the following results of a study conducted by doctors from Texas and Alabama suggest that inhaling Viagra may not be as bad as people perceive it to be (6). Moreover, the misuse, not its inhalation, leads Viagra users to perils.

Particles of sildenafil were found to be safe to rat lungs and their pulmonary arterial smooth muscle cell.  This only shows that Viagra can be inhaled and is not entirely dangerous, but only when used as a substitute for oral and intravenous administration.

Breathing in and injecting sildenafil apparently have the same effect in people with hypertension: both methods have prevented the increase in the alveolar-arterial gradient (7, 8).

Also, both administrations are safe and effective in preventing the onset of pulmonary endothelial dysfunction for as long as the correct dosage is given (9).

A study showed that 15 COPD patients who breathed in sildenafil had a worsening quality of life and oxygenation (10).  This means the inhalation of Viagra made it difficult for COPD patients to get the right amount of oxygen in their bodies.

Patients with interstitial lung disease were also asked to snort 50 mg of Viagra, with better results compared with COPD patients. During the treatment, lung disease patients showed a decrease in arterial blood pressure, albeit selectively.

How Fast Does Inhaled Viagra Work?

Discounting the intent of using Viagra recreationally,  sildenafil works quickly when inhaled – and is just as effective in treating erectile problems.

In 2007, a British company developed VR004, an inhalable version of Viagra (11). The wonder drug claimed that it could be absorbed into the bloodstream in just one minute.  But though the inhalation device (12) can speed up the work of Viagra, it still largely depends upon the dosage to be administered.

After a set of clinical tests, it was concluded that the use of VR004 to snort sildenafil has to be in conjunction with the recommended drug dosage. Nevertheless, respondents were able to maintain their erection long enough during intercourse and even achieved erection between 60 seconds to 10 minutes.  Only a few patients reported mild or moderate side effects, which are the same effects attributed to taking Viagra in general.

Moreover, the VR004 Viagra inhaling device administers low doses of apomorphine, which can be tolerated and yet will not affect the drug’s efficacy.

Viagra (sildenafil) has been circulating in pharmacies since 1998, and its efficacy has been proved time and again in many clinical studies. Whether Viagra is given as a pill, breathed in powder form, or inhaled via VR004, the results are the same: an increase in sexual performance and maintenance of an erection during intercourse.

But like any drug, Viagra can be misused and abused. It is not to be taken by people without ED, COPD, or interstitial lung disease. Using Viagra recreationally puts anyone at risk of overdose, severe palpitations, sudden heart failure, and even HIV (for some who are engaged in highly risky sexual activities).

Compared to intravenous and oral administrations, inhaled Viagra works faster and, at times, more effectively, with little to moderate side effects.

Snorting Viagra is safe and effective, provided that it is done purely for medical and therapeutic reasons. Otherwise, it is a drug that should not be carried around and sold in clubs and definitely not be sold without prescriptions.