Home » Can You Take Sildenafil With Food? 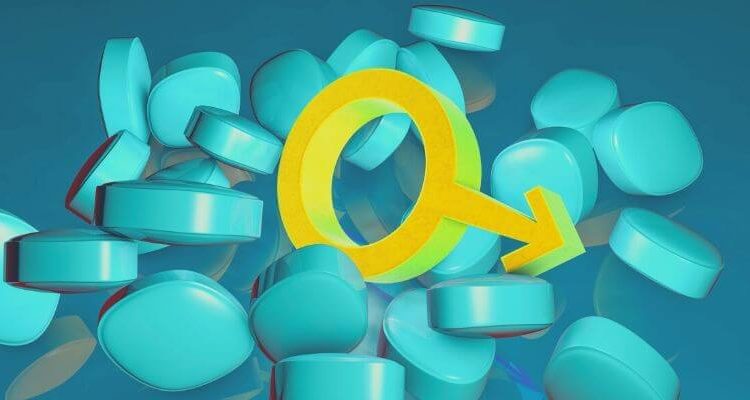 Many people are anxious about the interactions of sildenafil with food. After all, horror stories still abound about people who end up getting hurt or even killed after taking a dose of sildenafil the wrong way.

One of the ways to beat anxiety is to become better informed. This is why we created this article to provide you with a definitive guide on how you can eat safely when you are taking sildenafil and its associated brands.

A Rundown on Sildenafil’s Safety Profile

Sildenafil, also known in brand names such as Viagra and Kamagra, is a medication designed to treat erectile dysfunction and pulmonary arterial hypertension. However, it is best known as a drug used for ED.

In the early days of its release, several deaths were associated with the use of sildenafil. There was even a push to ban its use back then due to adverse effects.

On further investigation, it was noted that most of the adverse effects that happened when using sildenafil are due to improper use of the drug, pre-existing medical conditions, and interaction with food and medicines.

With all current medical evidence available, sildenafil is considered a drug with a relatively good safety profile.

Possible Side Effects to Watch Out For

There are side effects to watch out for when taking sildenafil. If you experience chest pains, blurring of vision, dizziness, or excessively prolonged erections, stop taking this drug immediately, and seek prompt medical attention.

Interactions of Food With Sildenafil

Some drugs require food intake to be adequately digested or to avoid possible side effects. Sildenafil is not one of those drugs. You don’t need to have any food intake when taking this product.

Conversely, it is not recommended that you take sildenafil after consuming a heavy or fat-loaded meal. This is because a heavy meal can delay the absorption of the drug, which would delay the onset of its desired effects.

Studies are still actively being pursued to monitor all possible food interactions associated with sildenafil use. An example is this study that looks at the effects of orange and lemon juice on the pharmacokinetics of sildenafil.

Foods to Avoid When Taking Sildenafil

Some foods should be avoided when taking sildenafil. The consumption of these foods can cause adverse effects in different ways, from erratically amplifying the effects of the drug to creating toxicities that could otherwise be avoided.

One example of a food that should not be taken with sildenafil is grapefruit juice. A drink that is also linked to other forms of drug toxicities, grapefruit juice increases the levels of sildenafil in your bloodstream, which can lead to prolonged and undesired effects.

Eating fatty foods is also not recommended when you are taking sildenafil. This is because fat can slow down the absorption of sildenafil in your gastrointestinal tract, which would then delay and dull its effects.

Medications to Avoid When Taking Sildenafil

Sildenafil has a relatively good safety profile for people who are taking maintenance medications. However, special precautions should be taken for those who are taking medicines for blood pressure control and cardiovascular conditions.

Sildenafil should be taken with caution when using maintenance drugs that lower blood pressure. However, taking nitrates should be avoided if you are taking sildenafil (and vice versa), as it can cause a potentially catastrophic drop in blood pressure.

The use of recreational drugs is generally discouraged when people are using medications such as sildenafil. Not only because the use (and abuse) of recreational substances trigger risky behavior but also because of potential drug-drug interactions that may cause potentially fatal events.

In this study a systematic review of scientific researches on the cardiovascular effects of using cannabis with sildenafil. While the results were inconclusive, there still remains a potential relationship between the use of cannabis and sildenafil and adverse cardiovascular events

Just like with other prescription drugs, prior consultation with a doctor is recommended before taking sildenafil for erectile dysfunction or other purposes. You can take sildenafil with food and other medications, but proper care must be taken to avoid undesirable effects.